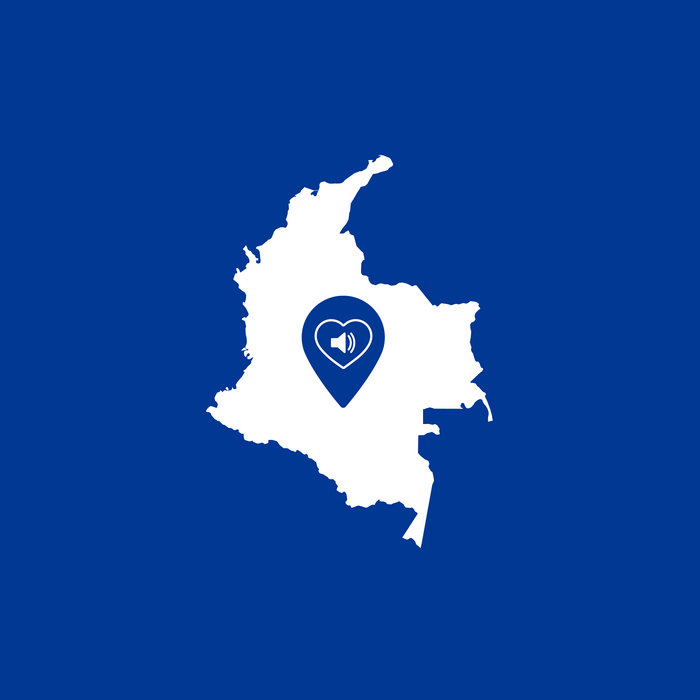 place : is country specific - electronic music compilations where the proceeds are donated to local human rights groups. Highlight the local producers, and bring awareness to the social causes that are important to the creative community there.

In December 2016, Colombia formally brought to a close a 52-year civil war that resulted in the deaths of more than 220,000 people, the flight of more than 7.6 million within and beyond the country’s borders, and an incalculable cost to the economy and public well-being.

Approved by Congress after four years of negotiations between the Colombian government and the left-wing rebel group known as the Revolutionary Armed Forces of Colombia (FARC), the historic peace deal ended the longest-running civil conflict in the Western Hemisphere, one that has taken a huge toll on Colombian society, most profoundly in the area of migration.

Violence-driven displacement in rural areas has given Colombia the dubious distinction of hosting the most internally displaced persons (IDPs) in the world, with 7.3 million individuals registered as of 2016—more than 15 percent of the national population. In addition, hundreds of thousands of Colombians are estimated to live abroad as refugees, primarily in neighboring countries.

Ongoing violence by other guerrilla and paramilitary groups is making return difficult for these refugees. Many people are victims and little is properly reported or prosecuted.

Mutante.
Proceeds from the release will be donated to this organization.

Focused on the social issues that matter, Mutante designs "social conversations": participative content cycles that run online for a certain period of time based on three principles: To Speak, To Understand and To Act upon the great problems of our time.

It's first conversation, #LetsTalkAboutTheGirls, aims to generate public awareness, discussion and action around the epidemic of sexual violence against underage women in Colombia.

In 2019, Mutante will follow up this exercise with conversations about gun violence (on the rise in Colombia, specially against social leaders), the threat against the Amazon jungle and the downside of the war against cocaine.

Created in collaboration with Juliana Cuervo, a Medellín based DJ Resident at Mansion Club, Medellín. Artist at Move and founder of DOCE record shop.

A non-profit project from Air Texture