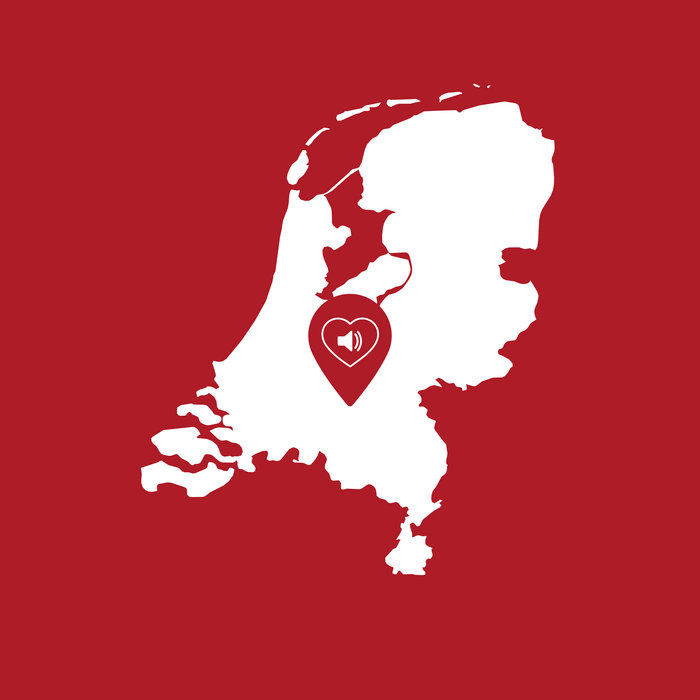 Created in collaboration with Jasmin Hoek and Axmed Maxamed.
Jasmin Hoek is a DJ who plays under the name Jasmín. She was born and grew up in the east of The Netherlands, Enschede, and has now made her way to Amsterdam through Antwerp and Utrecht. In Utrecht she still hosts her own radio show on local radio station Stranded FM, as well as on Amsterdam’s Red Light Radio. Since her first club appearance two years ago, she has quickly made her way to the booths of Dutch clubs and festivals. In the past year, she started paving her way internationally with gigs in Berlin and New York.Next to djing she writes about music and club culture for various platforms, using her Gender Studies background as a framework.

Axmed Maxamed is a Queer Diasporic Somali activist, organizer and music nerd. Axmed was born in Xamar, Somalia where he also spent his early years until his family had to flee during the civil war and ended up in the Netherlands via other countries. He spent his formative years in Breda in the south of the Netherlands until he moved to Amsterdam some years ago. In Amsterdam Axmed co-founded Dance with Pride, a queer initiative which aims to re-unify dance music with its queer roots and raise money for grass roots queer initiatives with their fundraiser parties and sales of the Dance with Pride T-shirt. In addition to that Axmed is involved in other queer initiatives, with focus on QTIBPOC. Together with Ladan Maandeeq, Axmed started working on 'Queer Somali Pasts and Presents: A Storytelling and Archival Project' which will focus on the lives of Queer Somalis in the diaspora and Somalia, both in the present day and the past. As someone who came to the Netherlands as a refugee and is queer, this cause touches Axmed on a personal level.

All over the world people from the LGBTQIA+ community are in danger. They are discriminated, persecuted, or worse in many parts of the world, forcing them to leave their homes to seek safety and protection in more socially accepting countries. People travel far from home without family or support systems.

In the Netherlands, many come seeking safety, but confront a difficult system where the process is confrontational and arbitrary. The Immigration and Naturalisation (IND) treats LGBTQIA+ refugees very poorly. Many have to prove they are Queer with detailed sexual and personal history - an invasion of privacy forcing the burden of proof on the individual at risk.

Many don’t get granted asylum and scared they will be sent back, are forced into a situation where they become undocumented. Outside of the system even basic needs like health care are not available.
The Netherlands positions itself as progressive and open but to People of Colour and other minority groups it is very different. LGBTQIA+ refugees are the most marginalized and the most at risk.

For Place : Netherlands we wanted to bring attention and funds to organizations that help Queer refugees get advice, find an extended sense of family and belonging, get legal work, and reenter society.

The Open Closet LGBT Netherlands was co-founded by Teddy Lyon as a response to the difficulties of his personal experience with the local immigration authorities (IND). Having decided that he is here to stay, the South-African born activist wanted to make sure that what happened to him does not happen to others.

Open Closet not only ensures that incoming LGBTQIA+ asylum seekers are properly registered, but also provides help with food, support towards the procedures required, counseling and a family where everybody is welcome. They provide a place to come together and cover for traveling costs if needed. By organising meetings regularly, they create a sense of community and belonging for queer asylum seekers in the Netherlands. Open Closet also ensures that asylum seekers are properly informed of their rights and options.

What is Place: a country or area specific electronic music compilation series where all proceeds are donated to local groups working on social causes in that area.

The goal is to build a global network of music producers bringing important social issues to the electronic music community and world at large.

Electronic music is a truly egalitarian, classless, and empowering art form. 1000's of producers have emerged from every corner of the globe in the recent years, infusing their own culture and influences into the endless mix.

Let’s highlight more producers than the few who constantly tour, show up on the same lists and parties. Let's promote electronic music as an activist artform by and for the people.

An artform that activates, like the great traditions in Detroit, squat culture, and progressive political movements.

Place : is a non-profit project created by New York label Air Texture in collaboration with Kompakt.