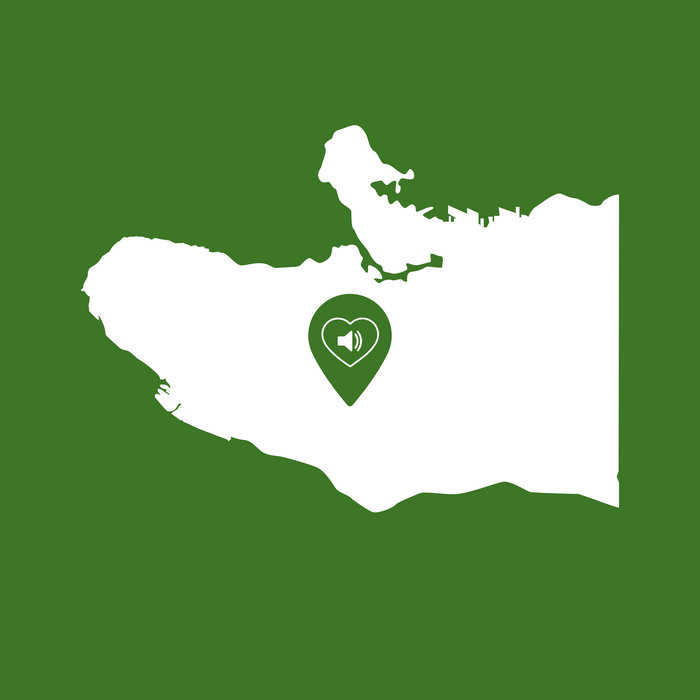 Vancouver is a hard place to make electronic music. The public face of greenery, water, giant glass towers and legal weed is a front. The city is in the midst of a massive housing crisis. Gentrification drives out our independent venues. Canada's Prime Minister has brought the country a pipeline that could ruin the pristine beauty of our local environment with one single spill. So we do what we can to make change and to bring together communities where we can Vancouver is awash in DJs, producers and promoters doing amazing work to raise a fist and transcend all these things.

Vancouver is far more than a few labels, one neighbourhood and a subgenre. My city of glass is one that represents across all shapes, genres, tempos and sounds, and this is an attempt at pulling back the curtain, allowing a better look at that beating heart. Vancouver has represented at Berghain, made tunes rewound by drum and bass’ finest and housed up ADE and beyond. The seeds sown by Skinny Puppy, Tyler Stadius and Map Music are the shoulders upon which new generations stand and deliver for the dancefloor and your headphones. - James “Kuma” Graham, Vancouver 2020.

Indigenous Peoples have been protecting biodiversity on Earth for thousands of years. Yet their rights are increasingly being eroded and they face multiple threats.

The deep understanding that indigenous communities have over their lands, through their traditional knowledge, means that they are best placed to lead conservation and ecosystem regeneration efforts. Natural places are also sacred sites and areas of special spiritual significance to Indigenous Peoples.

Whether it’s fish farming, oil pipelines, mining, or other exploitative efforts, much of these activities now happen on the last remaining pristine natural lands in the world, many owned and managed by Indigenous People.
When Canadian Prime Minister Justin Trudeau announced he was ​approving the expansion of the Trans Mountain oil pipeline​, Leah George-Wilson, chief of the Tsleil-Waututh First Nation in Vancouver, said the $5.5 billion expansion will endanger the ecosystems of the inlet at the foot of her reserve. She’s challenging Trudeau’s decision in court.

The Coastal GasLink pipeline, a C$6.6bn ($5bn) project which will transport natural gas 670km (420 miles) across British Columbia to the Pacific coast, where a liquefied natural gas (lng) plant is under construction. The pipeline is an “invasion”, detractors say, because about a quarter of its route passes through land traditionally belonging to the Wet’suwet’en, a First Nations people.

The Wet’suwet’en Nation has never signed treaties or ceded territory to the Canadian government — a fact that its leaders have defended fiercely in court as well as on the ground. Its hereditary chiefs were behind a landmark Supreme Court of Canada decision in 1997 known as Delgamuukw v. The Queen, which recognized the existence of aboriginal title, whereby Indigenous people have the right to “exclusive use and occupation” of territory. However, because of a technicality, the court did not resolve the boundaries of the Wet’suwet’en’s claim to 8,500 square miles of land, stating that title would have to be sought through separate legal or treaty-making proceedings, which were never completed.

Wet’suwet’en hereditary chiefs underline that while the elected First Nation governments may have jurisdiction over reserve land, the vast majority of which is not affected by the pipeline, the Delgamuukw ruling and a subsequent court decision ​affirm that in the traditional territory through which Coastal GasLink passes, it’s the hereditary chiefs whose authority matters.

Recently, ​Canadian court approved the Trans Mountain expansion, which would add more than 600 miles to the pipeline and increase its capacity from 300,000 barrels per day to 890,000, has been mired in controversy and legal battles since Canada's cabinet first approved the project in 2016.

Proceeds from this release will be earmarked to provide legal and logistical support to the First Nation People fighting to protect their land and the environment through Pacific Wild.

Pacific Wild is a non-profit located in the heart of the Great Bear Rainforest on Denny Island. We are committed to defending wildlife and their habitat on Canada’s Pacific coast by developing and implementing conservation solutions in collaboration with First Nations communities, scientists, other organizations and individuals. Pacific Wild supports innovative research, public education, community outreach and awareness to achieve the goal of lasting environmental protection in the lands and waters of the Great Bear Rainforest.

Their team pursues projects and activities through three main initiatives in order to achieve our conservation goals: Ocean, Land, and Community.
Pacific Wild partners closely with the Great Bear Education and Research Project (formerly known as the Pacific Wild Initiative) at Tides Canada Initiatives Society, which is a Canadian charitable organization. The Great Bear Education and Research project (GBEAR) carries out research and education work on the central coast and beyond. GBEAR is a partner in Pacific Wild’s Great Bear Sea Hydrophone Network, Great Bear LIVE, SEAS Community Initiatives as well as other efforts to elevate awareness of wildlife and habitat issues in this region.

Proceeds from the sales of this compilation will go to Pacific Wild.

Help move the thinking on electronic and dance music as more than the party, but a platform that socially activates, like the great traditions of Detroit, Berlin, global squat culture, and progressive social and political movements.

The project creates country or regionally specific electronic music compilations where the proceeds are donated to local groups working on social causes.

We highlight the local producers, and bring awareness to the social causes that are important to the creative community there, while celebrating ​electronic music as an egalitarian, classless, and empowering art form.